A lot has happened this past year. In fact so much, that posting has taken a back seat for the last few months. To catch up, and because the blog functions like a diary for us, we thought it might be fun to do a 12 days of Christmas post set. Really this is more because so much happened that Christmas letter I started writing ended up ridiculously long and I didn't want to delete any pictures...


January
This January we moved back to San Diego after spending fall quarter in England, and then Christmas in Seattle. 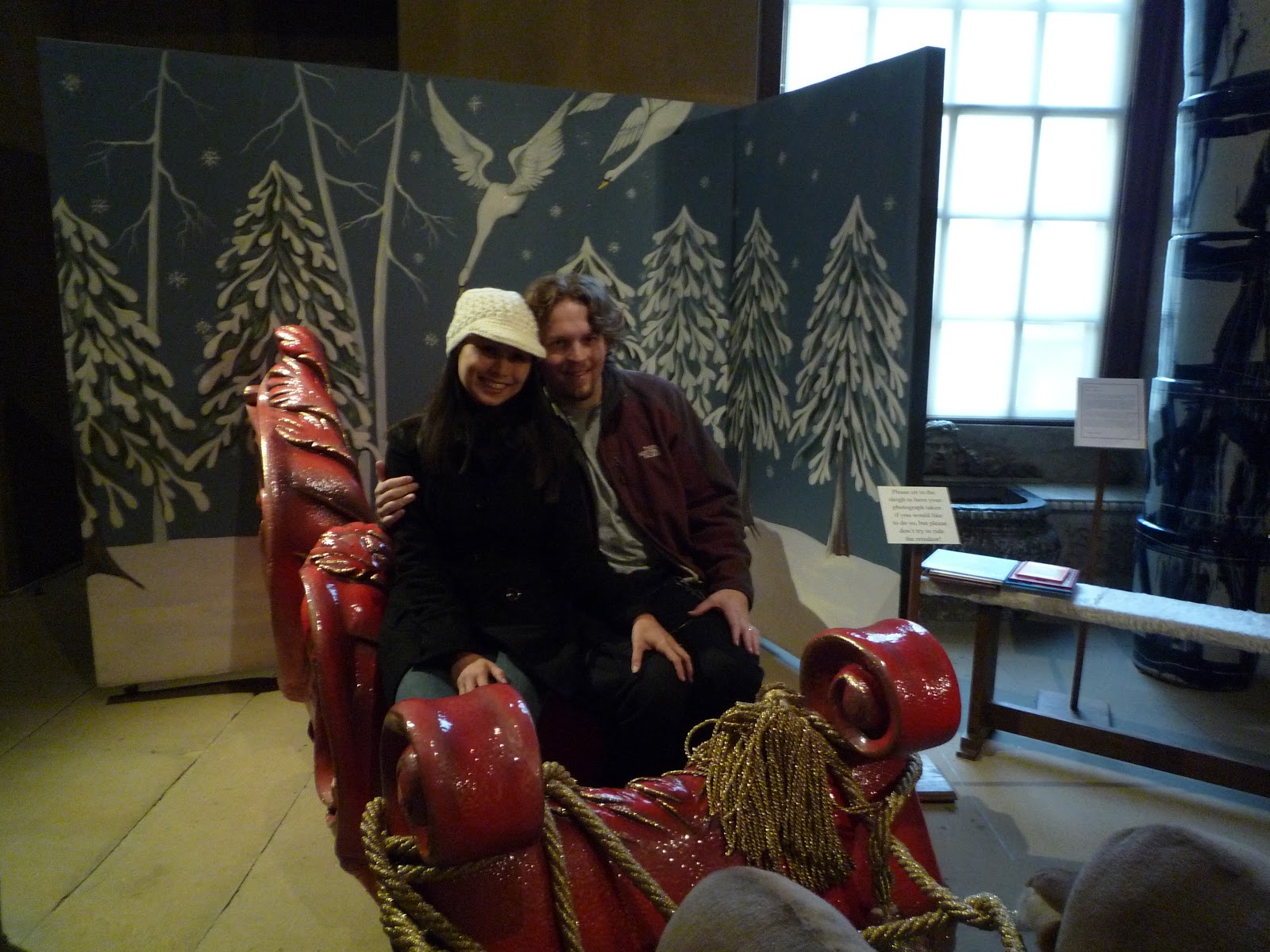 Driving Santa's Sleigh through the English country side... or at least through an English house? 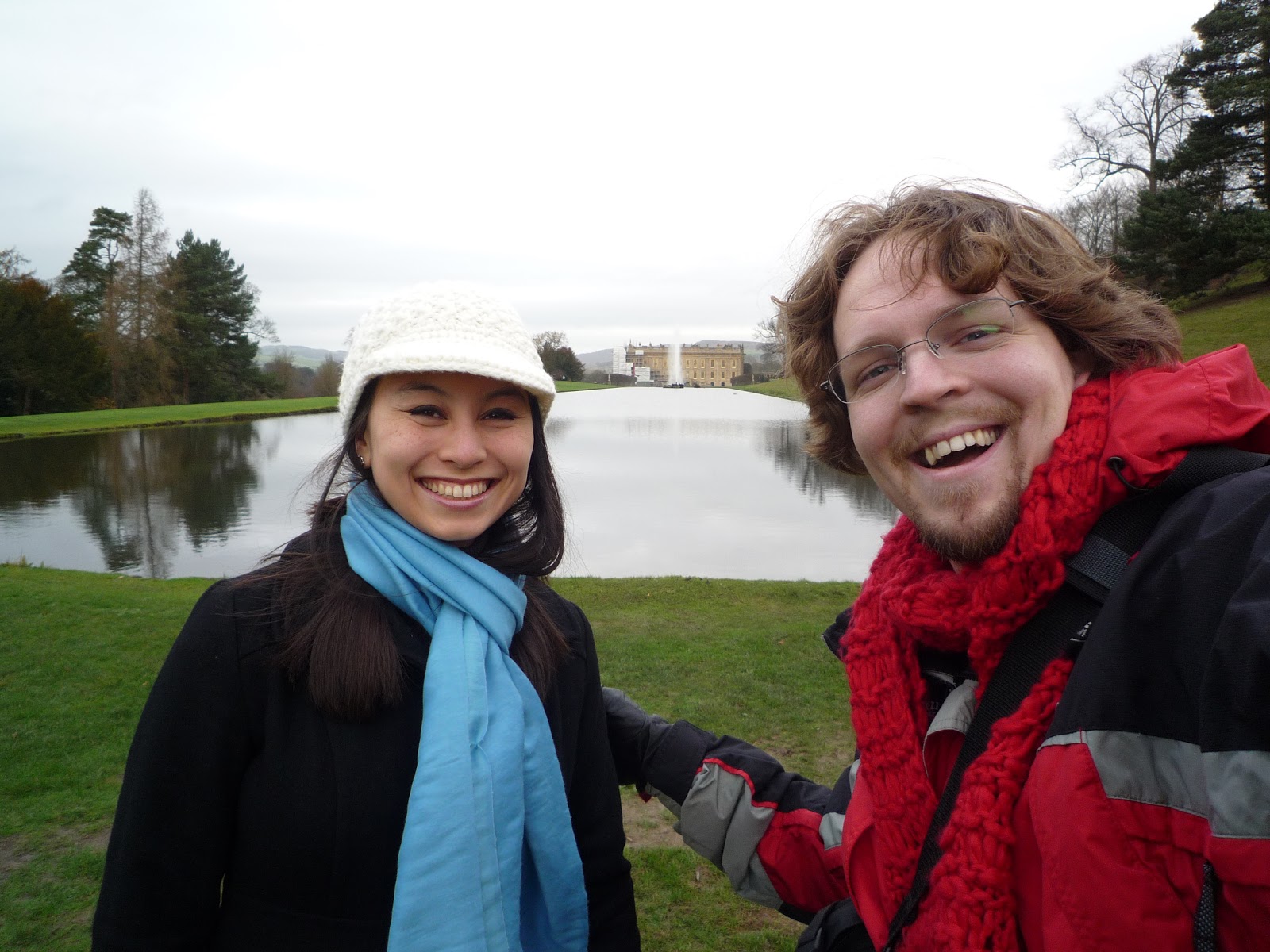 Our house in England (just kidding!!!) 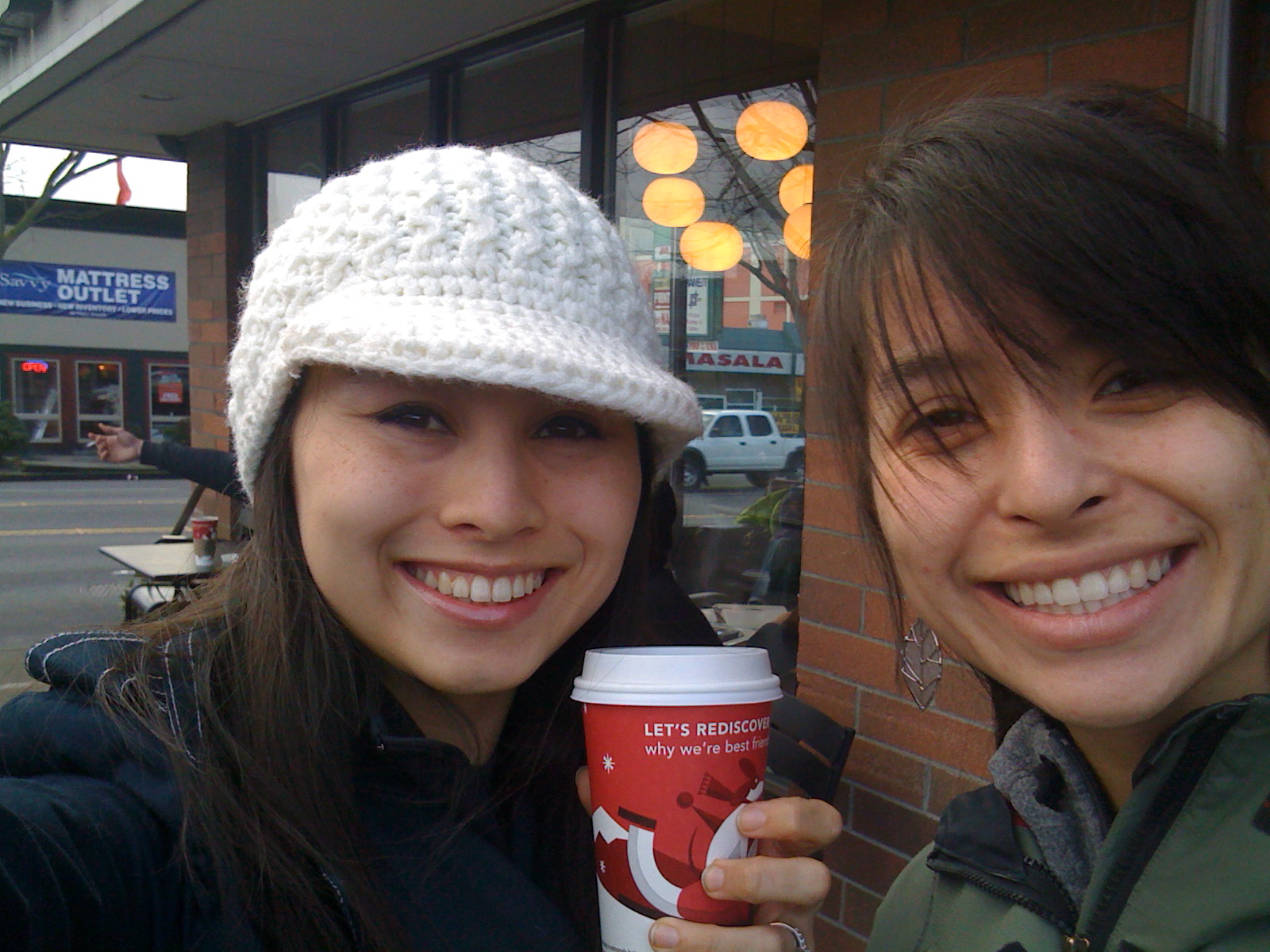 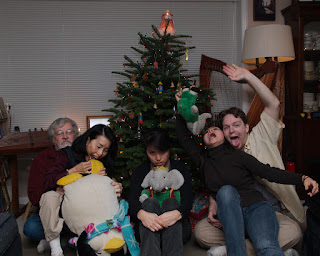 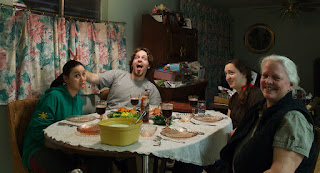 After all the fun and games, it was time to drive back to San Diego. I don't actually have pictures of the working part, it's not really very photogenic anyway. Here's a photo of us at the beach by school, we don't actually have time to go very often, but we can pretend. :) In reality, life in San Diego looks a lot like the inside of an office. It was really nice to be back at our house though, and to spend quality time with our roommate and her fiance. :) 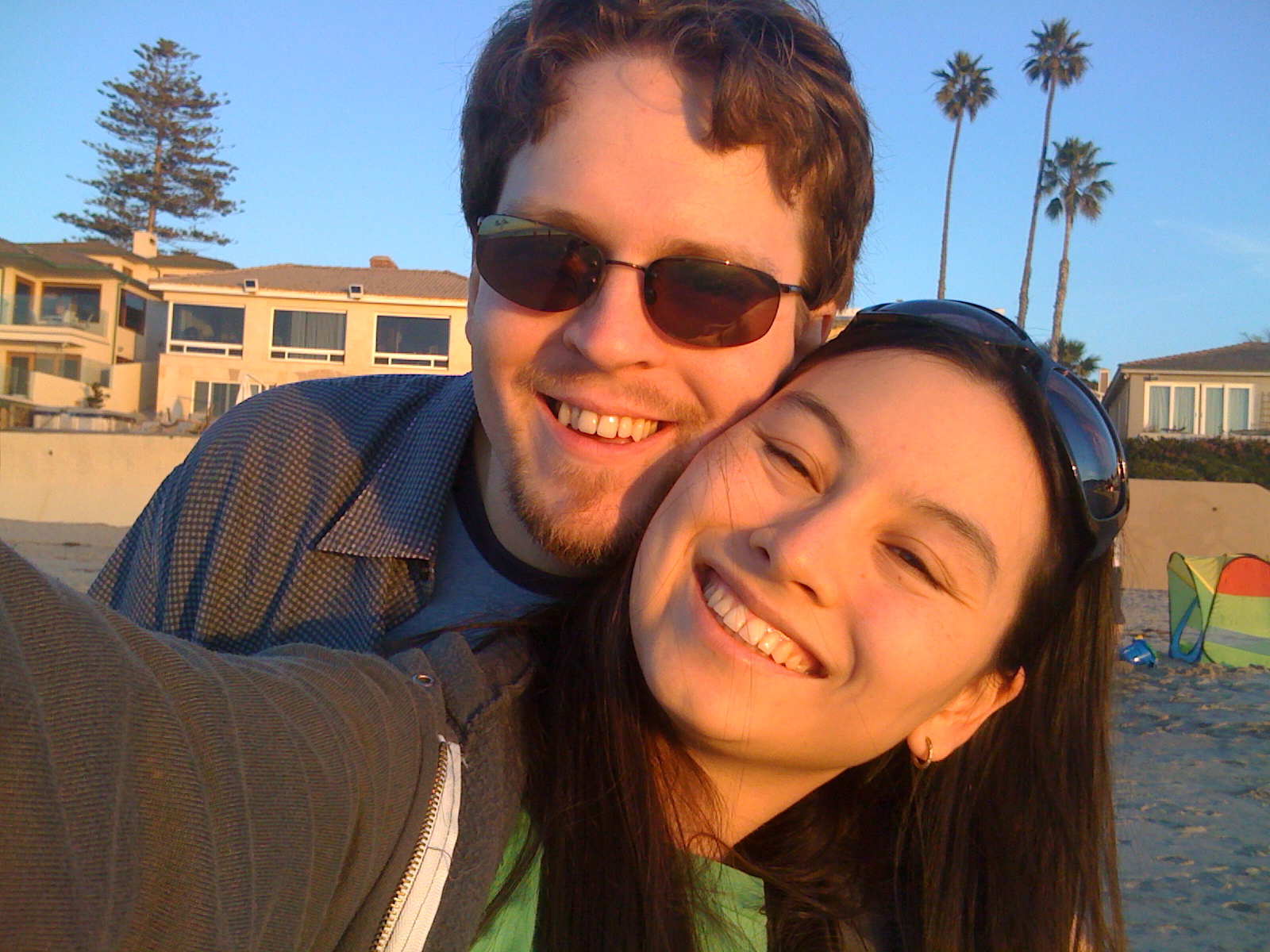 
Nathan did have once big surprise for me when we got back. On January 6th he took me to Disneyland to celebrate 3 Kings Day/Epiphany! We've never celebrated Epiphany before, but it was fun and I think we may try to have an Epiphany Party this year at the house. We found out that's where the 12 days of Christmas originally came from (starting on Christmas day and ending 12 days later on Epiphany). It's traditional to keep Christmas decorations up until Epiphany which is the official end of the Christmas season (That's when Disneyland takes their decorations down too). 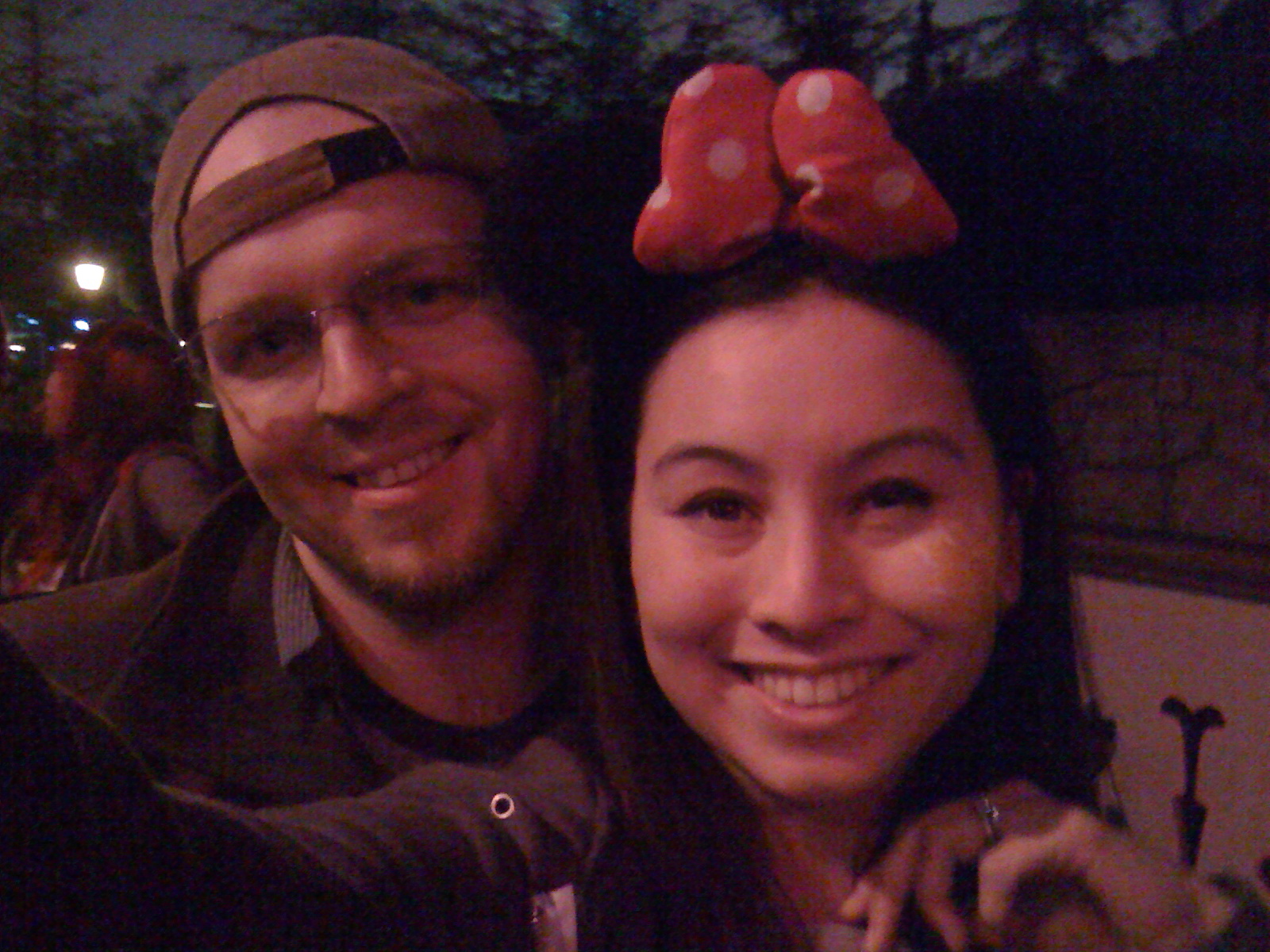 Last ride on the old matterhorn, it closed that night and reopened with no more "buddy" seats. (the old one you sat in the lap of your buddy, but now everyone has to sit in their own seat... boo... :'( RIP cuddle coaster) 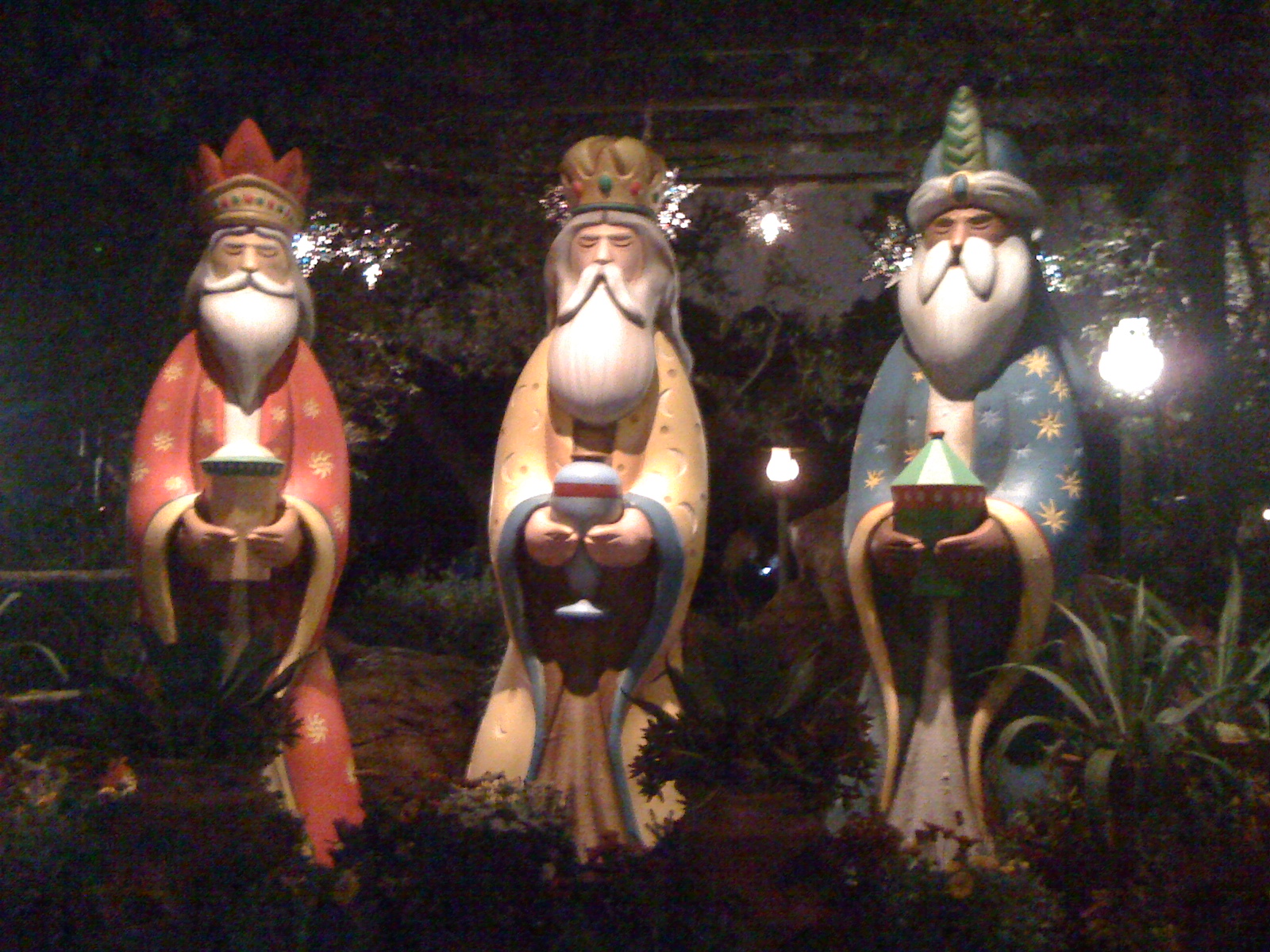 Our other big date of January was to go whale watching. About 26,000 gray whales migrate past Southern California every year between December and March. In six years of living in San Diego we never actually saw one, so we figured it would be best to try and spot some before we moved. 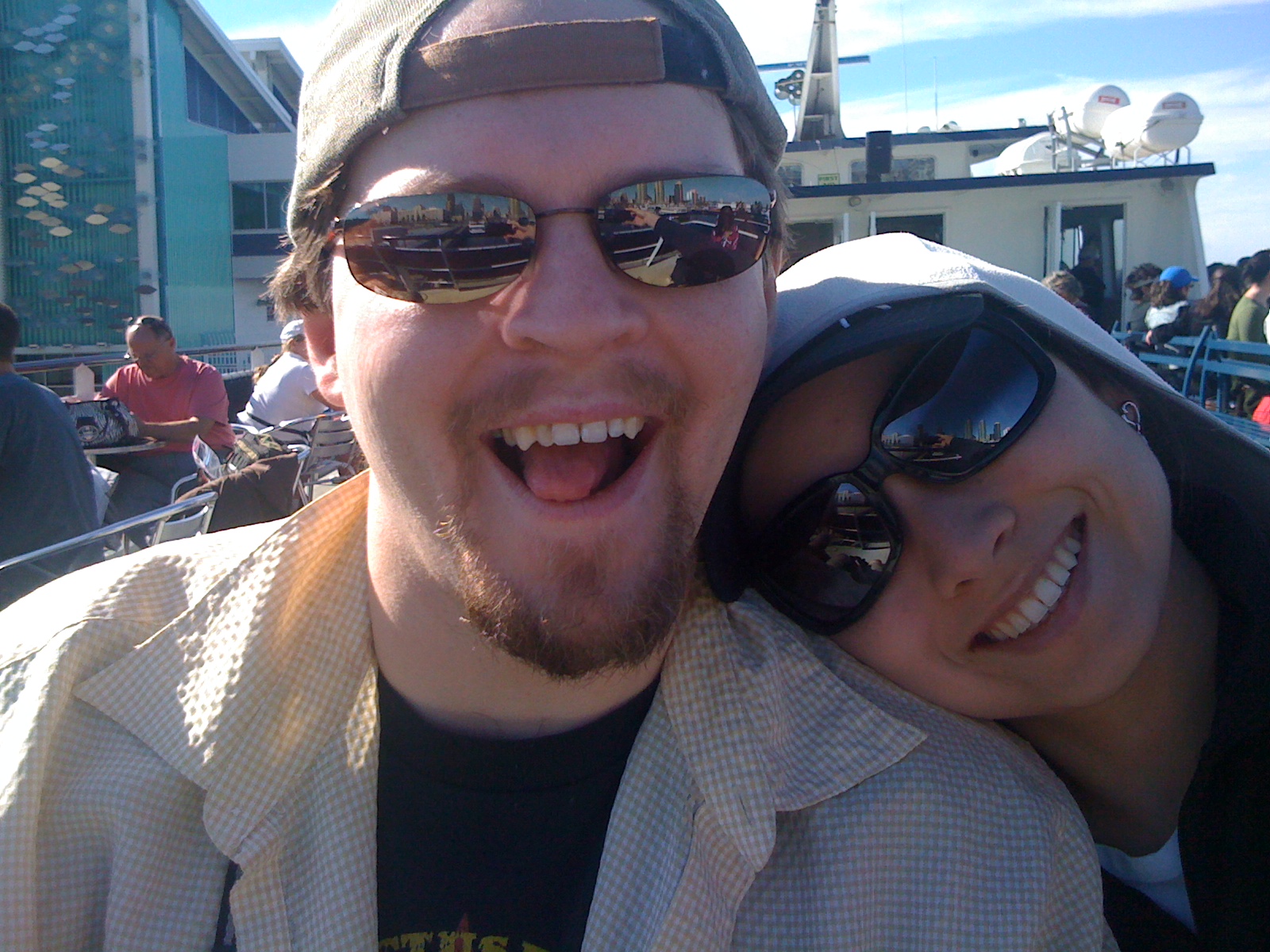 waiting on the boat! (this is also probably one of the last photos ever taken of Nathan's tooth intact!!) 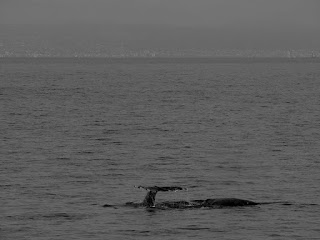 Whale! and this is about as much as you will ever see... it turns out gray whales are not the jumping kind of whales 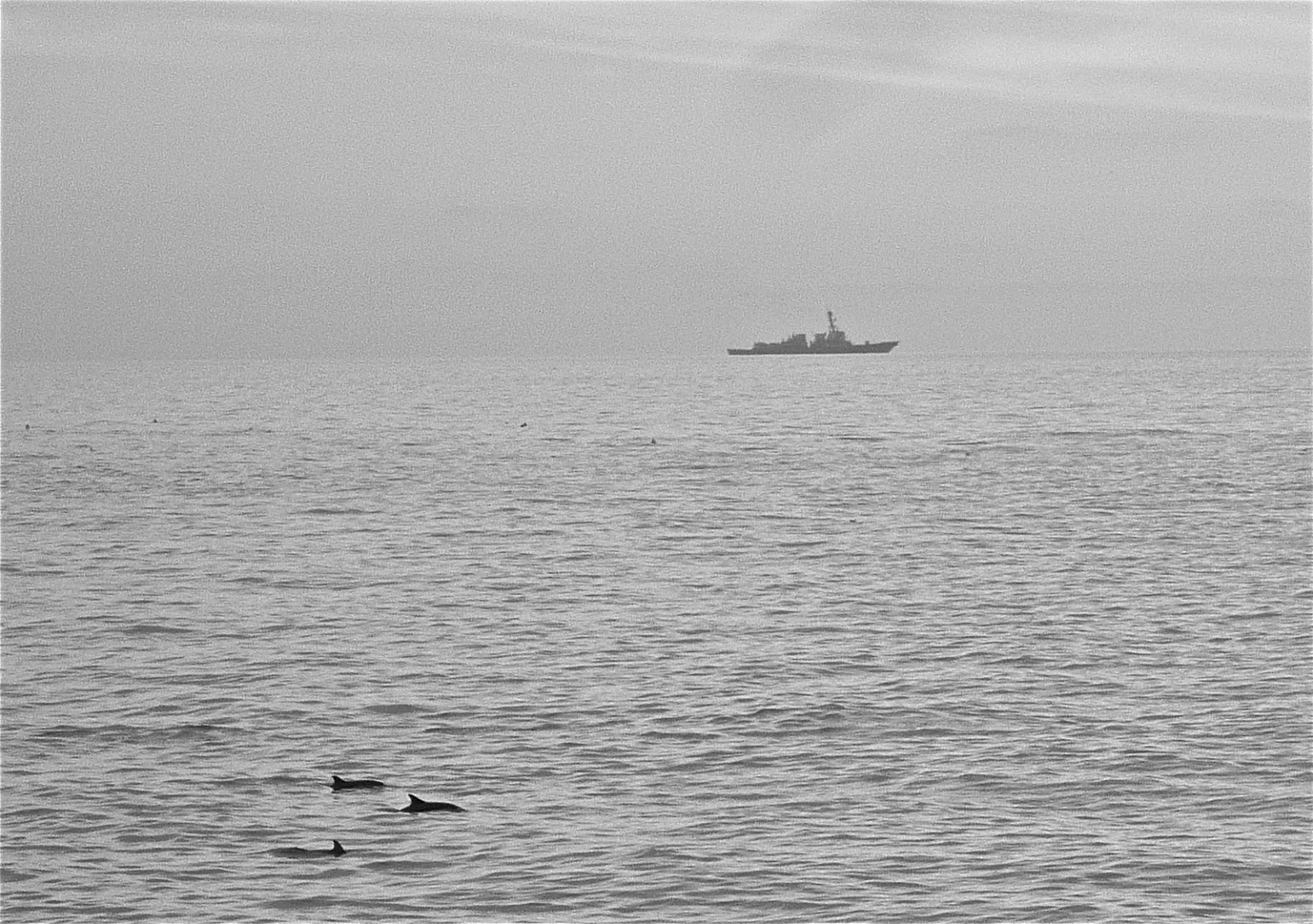 Dolphins and a boat 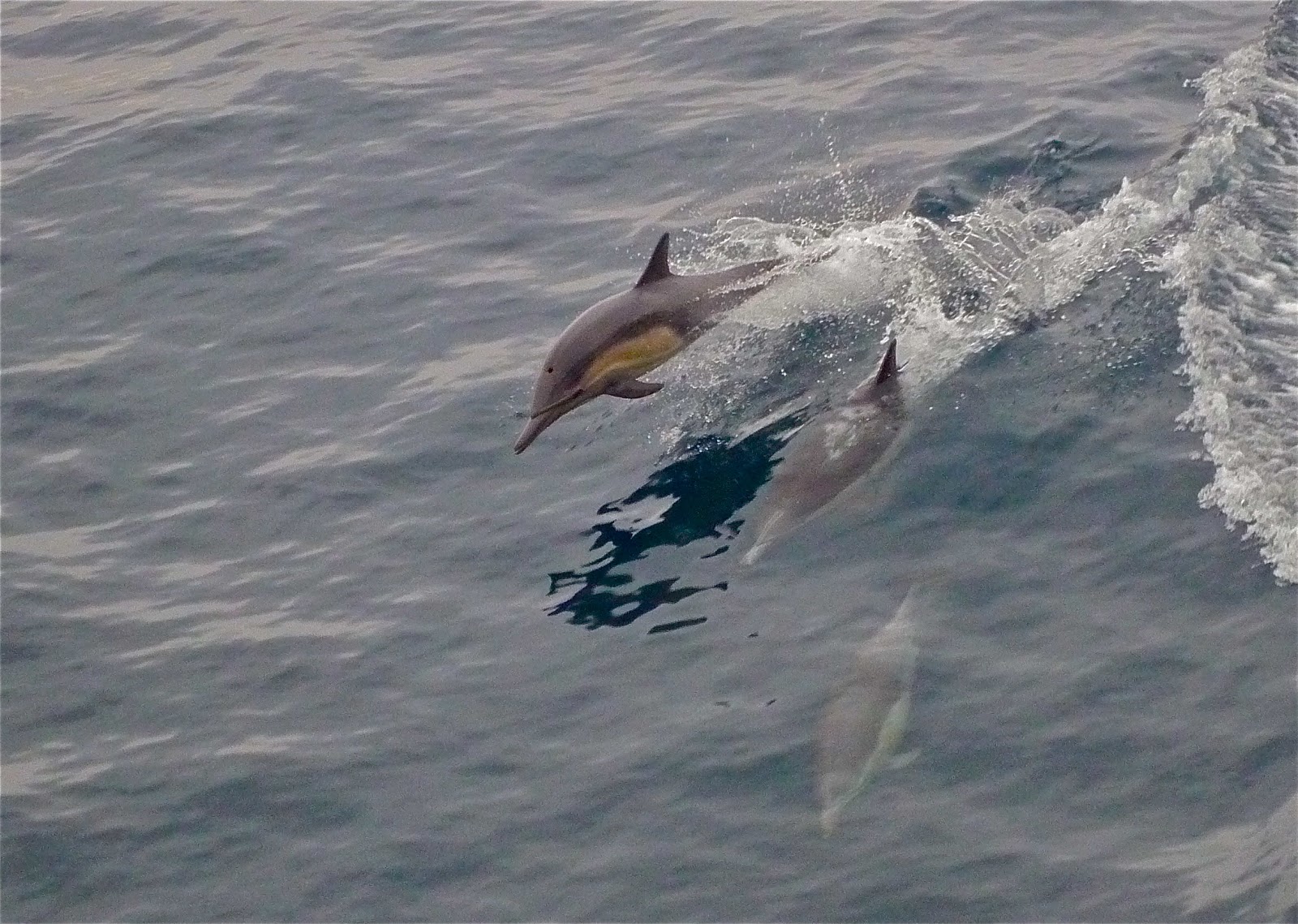 Dolphins do jump and were much more exciting to watch (sorry whales, but surfacing for 20 seconds every six minutes is not very engaging). We boated through a super pod of over 200 Dolphins and that was definitely my favorite part.

That pretty much wrapped up January. Nathan also wrote a bunch of code and I transcribed hours of interviews. A very good friend who should show up in Christmas Note 11 lent me her transcription foot-peddle which is the only reason I'm not still transcribing those interviews to this day.